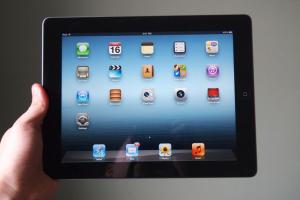 Google I/O 2012 is just over a week away and everyone is wondering what Google’s strategy will be to breach the tablet market. We’re all familiar with the guy to the left: it’s Apple’s iPad, which controlled 58.2% of the tablet market in 2011. Android held 38.8% in 2011. Amazon’s Kindle Fire, which has an Android core, made a splash late last year and the first quarter of 2012, selling 1.8 million devices in Q1 2012. The lesson from the Kindle Fire’s success is price. Consumers are more likely to buy a tablet device at the $200 price range compared to $400+ devices. Of course, consumers are also looking for a good tablet experience, which accounts for part of the success of Apple’s iPad, the brand being another factor. At the beginning of 2012, Google stated tablets will be a focus for the year and Google looks to make good on that promise in late June, early July with the introduction of its first tablet: the Nexus 7.

What Do We Know?

Above are the rumored specs for the Nexus 7, which is set to appear at Google’s I/O 2012 Conference and be in stores shortly after in July. ASUS has already made a name for itself in the Android tablet market with popular tablets such as the Transfomer and Transformer Prime. The $199 price point should especially be appealing to consumers. Also, being a pure Android device, expect support from both Google and the Android development community. The device will also have access to Google’s Play Store, which was one of the big downfalls of Barnes and Noble’s Nook Color/Nook Tablet and, to a lesser extent, Amazon’s Kindle Fire (Amazon having its own Android market for apps).

It would be foolish to not consider what the Nexus 7’s competition is. Of course, we have Apple’s iPad 2012, which is still the only tablet in the market with such a huge resolution (2048 x 1536 pixels). It also comes with the Apple experience: iOS and Apple’s robust App Store. The iPad is also available through wireless carriers AT&T and Verizon in the US with access to their blazing fast 4G LTE networks (where available). The newest iPad is on the pricier side, coming in at $500+ depending on the amount of internal storage and whether it’s a WiFi only model or carrier specific.

There are also a litany of other Android tablet devices. The Nook Tablet from Barnes and Noble and Amazon’s Kindle Fire are both in the 7″ range and are at a similar price point of around $200. However, as mentioned earlier, these aren’t “pure” Android devices and many tech savvy purchasers choose to flash a pure Android ROM over the skin, or some would say neutered, version of Android. Both ASUS with their Transformer line and Samsung with their Galaxy line come in various sizes from 7″ to 10″. Motorola also offers tablets in the 10″ range with their Xoom and Xyboard. Another popular Android manufacturer, HTC, has its HTC Flyer and EVO View. Depending on the size of the screen and connectivity to wireless carriers (vs WiFi only), these devices range from mid $200 to upwards of $500.

If iOS and Android aren’t for you, Microsoft just announced their 10.6″ Surface tablet, which look to be the first tablets (one model uses Intel’s 22 nm Ivy Bridge chip with Windows 8 and the other an ARM chipset with Windows RT) to have Windows 8 and its Metro style. Unfortunately, price and release dates haven’t been announced yet, but we can safely assume these tablets will be ready for market later this year with the release of Windows 8 for the PC. There are also some other tablets in the market such as the Play Book by Research in Motion (RIM), but these are not very popular choices although customers can find good deals on prices since these tablets aren’t as popular.

I have to preface this section with the fact that I own a Barnes and Noble Nook Color with Cyanogen Mod 7. Having said that, I am in the market for a new tablet and I’m happy to see Google putting out a price competitive tablet with all the Android features I love. The Nexus 7 is a huge change from a little over a year ago in February 2011 when Android 3.0 Honeycomb, Android’s first tablet-specific OS, was released to prevent hardware makers from sticking a non-optimized Android OS (Froyo 2.2 and Gingerbread 2.3) onto large screened tablets. I have no qualms with the lack of a back-facing camera (the front-facing camera is perfect for Google+ Hangouts and Skype video chat; the last thing I want to see is more people using a tablet to take pictures when their cell phone has a similar camera) or the inability to connect these devices to a wireless carrier’s network (I could tether it to my phone if worse came to worst); besides, most wireless carriers have low data caps and let’s not even think about Verizon’s Share Everything Plans, so WiFi is the best option (and it saves on the cost).

One of my main concerns is the 7″ screen size. Sure, the Nook Color also sports a 7″ screen and it serves its purpose quite well most of the time, but for some tasks I feel a 10″+ screen is more suitable. Of course, a 10″+ screen cannot be held comfortably in one hand, so that is a trade off each individual will have to make. Hopefully the Nexus 7 is a success and Google will offer a 10″+ screen model in the future. It is ironic that Google has the opposite tactic of Apple. All of Apple’s iPad models have a 9.7″ screen and rumors point to a new model with a smaller screen size, while Google seems to be content with a 7″ screen size with some fans dreaming of a 10.1″ screen model.

Probably the biggest thing to think about before purchasing a Nexus 7 or any tablet is: do you need one? From a productivity standpoint, I’d venture no one needs a tablet since they’re best used as a reading device, making it a very expensive reader. My mom, on the other hand, would love a tablet to read e-mails and surf the web conveniently without having to turn on her laptop. When I think about it, I should recommend my mom get a laptop with a SSD and Windows 7 (she’s using a Dell with Vista… yeah), but she seems to have her heart set on a tablet, and an iPad at that. My brother and I may end up getting her a Nexus 7 instead since it’s more affordable and makes sense for the tasks she’s going to use a tablet for. Hopefully she’s not disappointed!

As for me, I’m going to carefully consider whether or not the Nexus 7 is the right tablet for me. I can either buy this now or wait and see what the future holds. Perhaps a 10.1″ tablet with a high resolution screen? Or even a 7″ tablet with a higher resolution? We all know technology moves at a neck-breaking speed. One thing I do know is that the Nexus 7 is a step in the right direction for Google and Android and in making tablets more affordable for all.

One response to “Ready for Google’s Nexus 7?”