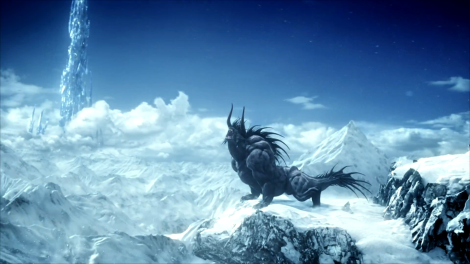 Note: This is a rewrite of New Generation of Consoles An Opportunity for Japanese Developers to include some new research and take into account the effect of Nintendo’s Wii U.

Nintendo kicked off the eighth Generation of home video game consoles when its Wii U console launched on November 18, 2012, in the U.S. So far the console has sold over 400,000 in the U.S. and 300,000 in Japan, a clear indication that video game players have been waiting for something new. With the Wii U’s success, both Sony and Microsoft will want to release their own console successors within the next two years. Global spending on video games is expected to reach $83 billion in 2016. Historically, Japanese game developers have had an advantage over Western developers, creating iconic franchises such as Super Mario, The Legend of Zelda, Final Fantasy, Metal Gear, Street Fighter, Resident Evil, Gran Turismo, and Pokemon. However, over the past few years, Western developers have come to the forefront of the industry with franchises such as Halo, Gears of War, Uncharted, God of War, Assassin’s Creed, Portal, Bioshock,and Grand Theft Auto. The current global turmoil and economic trouble in Japan may cause Japanese video game developers to think twice before spending on growth to compete with Western developers, but Japanese developers are actually being provided with a powerful market opportunity with the strong yen to combat a more Western video game landscape by moving their development studios to the U.S.

Japanese developers who move their development studios to the U.S. can take advantage of a strong Yen to minimize the loss of revenue from an unfavorable exchange rate and reduce the cost of developing games. The Yen is currently trading at 82 Yen per USD with a forecast for it to further appreciate to 77 Yen per USD by April 2013, very close to the post-war all-time high, creating an unfavorable exchange rate for Japanese companies. For example, Capcom’s Resident Evil 6 retails for ￥7,991 in Japan, but is mostly sticky at $59.99 in the U.S., about ￥4,949 today, a loss of ￥3,042 in revenue per unit. Moving their development studios to the U.S. not only avoids this unfavorable exchange rate, but also reduces the cost of developing games. According to a survey of game developers in the U.S., the average salary of the game industry as of 2012 is $81,192. On the other hand, an average of Japan’s Top 10 highest average salaries for video game companies as of 2012 is ￥8,487,000 or $102,873, which is 26.7% higher than the U.S. average. 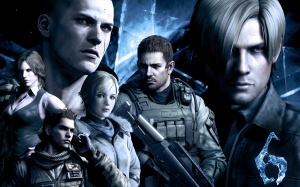 Moving development to the U.S. is not only about saving money, but also reflects a more Western video game landscape that features a lesser emphasis on Japan, which suffers from low population growth. The Japanese video game industry has shrunk from nearly 50% of the global market in 2002 to 10% by 2010. Capcom’s Resident Evil 6 shipped over 4.5 million copies of the game, but only about 15% of them were from Japanese sales, the rest being U.S. and European sales. Not only that, but in Japan, video games carry a social stigma, causing many adults to willingly give up games, keeping the market much younger than in the U.S. or Europe. Pair this with Japan’s shrinking and older population, 0.3% annual population growth, and fertility rate of 1.39 per woman and it becomes apparent that the Japanese market is receding quickly for video game developers. However, the average U.S. video game player as of 2012 is 30 years old and has been playing for 12 years. These are people who grew up with video games and are now in the workforce with disposable income to spend on games; in fact, 42% of game players believe video games provide the most value for their money compared to music, movies, or going out to the theater. With Japan’s shrinking population and the ripe U.S. market, it makes sense for Japanese video game developers to push their development studios to the West.

Hiring more developers in the West will help Japanese companies develop games that will appeal more to the Western market. Sony is an excellent example of success. Many of its top franchises such as God of War, Uncharted, and Ratchet and Clank are all developed by studios in California, while others such as Little Big Planet and Killzone are developed by studios in Europe. These critically acclaimed franchises are Sony exclusive and, without a doubt, saved Sony’s PlayStation 3 from running in Microsoft’s Xbox 360′s shadow.

It will take Japanese developers some trial and error to find the right mix of Japanese influence and Western influence for global appeal, but there is no doubt that the growing Western market is the future of the industry and it would be wise for Japanese developers to begin diversifying now while the Yen is strong. This eighth generation of consoles has the most uncertainty with the console gaming industry in decline and the expansion of mobile gaming. Nintendo has shown that video game players are willing to spend money on new consoles and Sony and Microsoft are sure to follow Nintendo’s lead. With the new console generation off to a good start, it’s up to Japanese video game developers to take advantage of today’s market to better arm themselves for this new generation by moving their development West. 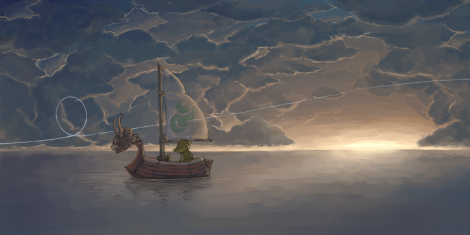