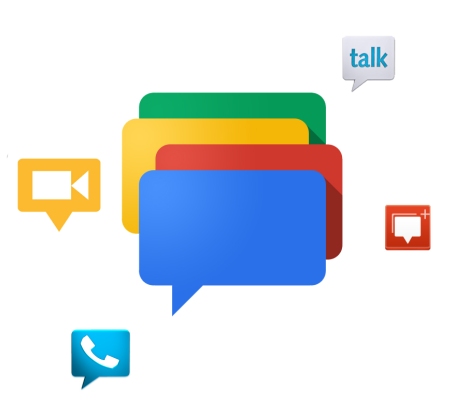 One of the reasons why we have technology is to make our lives simpler and more streamlined, and yet, when it comes to texting, we couldn’t be farther from the goal.

Chat apps that use the internet  to deliver messages to friends and family have become increasingly popular and a recent study found that their use has finally surpassed SMS, what is commonly known as texting. Probably one of the main reasons why these apps have come to the forefront is a combination of the connectivity to the internet we now have through smartphones and the fact that many of these apps circumvent the pricey texting plans of carriers; especially international texting. In some regions, chat apps have accounted for a 12% decrease in SMS usage, which is slowly strangling what many call a carrier’s cash cow. There are many apps for this including iMessenger, Google Talk, Google Voice, Facebook Messenger, Blackberry Messenger, WhatsApp, Viber, Line, WeChat, Skype, Kakao Talk, and more. Across the world, more competitors continue to enter this space. Some of these apps may be interpreted as an instant messaging service like America Online’s AIM service or the late MSN Windows Live Messenger from the early days of the internet, but today with smartphones in the hands of the majority of the First World and another 5 billion expected to come online within the next decade, these internet messaging programs practically serve the same purpose as texting. However, it’s this wide variety of choices that is the problem.  With SMS, it was simple: you typed your message out and no matter where the person was or what phone or what carrier, they would receive it because the phone number, which is inexorably tied to the phone already, is the identification tag used. With all of these other apps, you need to convince your friends and family to download and use the same app, which can be problematic in itself since some of the apps are  platform specific. In addition, with so many apps, it becomes confusing to know which one to use. Finally, none of these apps communicate with one another. One of the reasons why we have technology is to make our lives simpler and more streamlined, and yet, when it comes to texting, we couldn’t be farther from the goal.

One of the biggest challenges is to convince your friends and family to use the same app. Remember when you had to convince your friends to stop using MySpace and come to this new social network called Facebook? No? Me neither, but I imagine people had an equally difficult time there as with all of these messaging apps. Signing in to all of these apps because your friends are all on different services can be a pain. For instant messaging services there are aggregating apps and programs such as Trillian or Adium that combine all of the users for messaging services such as AIM, MSN, Yahoo!, QQ, Google Talk, and so forth. However, for the world of texting, there has yet to be a similar service because none of these instant messaging programs combine a person’s phone number, which is strongly controlled by carriers.

The chat app that has had the most success here is iMessenger, which natively, and without many user’s knowing, sends texts between iPhone users via data instead of as a text, but it is all seamlessly seen as a standard text message. The problem is that not everyone uses an iPhone, making this a narrow solution. Blackberry Messenger operated the same way, but even fewer people today have a Blackberry. Facebook Messenger’s Chat Heads also integrates texts and Facebook messages together into a single app, but the two are still displayed separately because the app cannot associate Facebook people with their respective phone numbers – at least not yet anyway. WhatsApp has been very successful crossing multiple platforms and has a presence on iOS, Android, Windows Phone 8, Blackberry 10, and even Symbian. Today, WhatsApp has hundreds of millions of users and processes as many as 20 billion texts a day. It even uses phone numbers to identify people in your contacts who are also using WhatsApp, but messages are contained within the app and are not combined with your regular texts. As always, the problem here is getting all of your friends to download and then use a particular app regularly for all text based communications.

The surprising laggard here is Google’s own chat service, Google Talk or Google Messenger, the Google+ version of Google Talk. It’s surprising because every Google Android phone is already tied to a Gmail account similar to how every Apple iPhone is tied to an Apple ID. It should be simple for Google to associate a specific Gmail, and by extension Google Talk/Messenger name, to a phone number and have those texts sent as data similar to iMessenger. I imagine the biggest impediment here is the “fragmentation” of Android. Any new service that took advantage of this, like the rumored Google Babel, may not work on many of the phones running an older version of Android. As it stands, the Google Talk app is a system app that cannot be downloaded or updated via the Play Store. Since we’re on the topic of Google, let’s move on to the next problem: how confusing these apps can be.

The Confusion Brought By Choices

Google has to be the biggest offender when it comes to having too many chat apps. It has its standard Google Talk; its Google Messenger from Google+, which is essentially Google Talk; its Google Voice service; and, of course, Google Hangouts, which is its video chat service part of Google+. Google Babel is rumored to combine all of these renegade services under a single roof, which would be a great step forward for Google in reducing the confusion these apps bring. I remember when my friend first received her Nexus 7, she began chatting with me through the Google Messenger app. These messages were delivered to me through both Google Messenger and Google Talk, so when I started responding in Google Talk, she was VERY confused. It would be great to see Google reduce this confusion with a combined Google Babel app. Even better if Babel takes a cue from iMessenger and ties your phone’s number to it. Extra points if Google is able to also integrate a Google Voice number on top of it for people who have that. A service that sends all texts between two numbers (the phone’s number and Google Voice’s) along with a web interface through Google Messenger and the ability to send files or video chat? That would be a big win in my book although still not perfect.

However, it’s not just Google who brings confusion to users. It’s the plethora of options out there that all provide a similar function with more and more coming out. Should I use WhatsApp? Should I just stick to texting? How about I just use Facebook Messenger since a lot of my friends are on there already? Or what about Skype? There are just too many option and all of these chat apps have a good user base, but none of them have everyone in it, which leads to the final problem: none of the apps communicate with one another.

Currently, none of these chat apps really “talk” with one another. There’s no interoperability, or  the ability of diverse systems and organizations to work together. In an ideal world, a single user will be identified and every other app will be “merged” with this single user. For example, my friend Peter has an iPhone, Skype, Gmail account, and WhatsApp. All messages from his phone number, his Apple ID, his Google Talk/Messenger, his Skype, and his WhatsApp account should be threaded together to form a single conversation no matter which app was used to initially send the message out. The user can then choose whether they want to use data only or use texting, much like how Google Voice can forward its texts to your regular number just like another text instead of as data. Many apps use closed APIs or use different protocols, so this may just be more a dream than anything else.

Besides, even right now, the same apps don’t even know when one message was read on one screen versus another, which is a more immediate concern. For example, if I am using Skype on my desktop but it’s also running in the background on my mobile phone or tablet, all of my new Skype messages will still show up on my phone and tablet as notifications that are still considered to be “unread” even though I’ve been reading and responding to them from my computer. It isn’t only Skype that suffers from this but also Facebook Messenger, Google Voice, Google Talk, and I’m sure many other apps that are used across multiple devices.

With more of the world coming online, it will be even more important for us to unify our conversations so that information can be found easily. Texting has become a fragmented mess and technology should be helping us make life simpler, not more difficult. Let’s start moving towards unifying our conversations by creating some sort of unified chat service. Small steps in the right direction will go a long way. I really hope that we get closer to a unified chat service because there are just too many of them out there making texting more confusing than it needs to be.

What are your thoughts? Do you still primarily use texting as a means of communication? What is your favorite chat app among your friends?

At Google I/O 2013, the long rumored unified chat service, Google Babel, was formally announced and released as Google Hangouts. Hangouts promises to streamline chat by combining text chat, group chat, photos, and video chat all in one place. Unsurprisingly, SMS/text messaging support is missing from the equation here, making it inferior to Apple’s iMessenger in that regard, but the app does prompt users to confirm their mobile number when the app is first opened. I have a feeling SMS support is not far behind (Edit 05/16/13: SMS support confirmed to be coming by Google). Other than that, there are a few other missing features like knowing when someone is online, but I’m sure all of these elements will be properly addressed with time. With Hangouts out, I’ve been thinking about moving my conversations from WhatsApp to Hangouts, but, once again, it’s a matter of getting all of my friends on the same boat. Hangouts is available on Android, iOS, and the browser.

Larry Page, current CEO and co-founder of Google, also went out of limb to talk about how the lack of interoperability is really hurting this area of technology. He called out Microsoft in particular for integrating Google Talk into its Outlook.com e-mail service without returning the favor of opening up its own Messenger service to Google and other companies. Larry stressed that technology’s role is to fade into the background and make life easier without us knowing it, but our messaging services are still not on the right page. Google Hangouts is a step in the right direction that addresses many of the criticisms I had about Google’s message services, but we’re still a long way off from having a truly unified chat service.