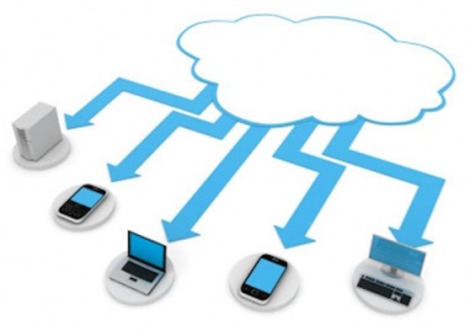 To the left of me is a large stack of DVDs and Blu-rays for movies and video games. In front of me is a bookshelf full of even more movies. Most of you are probably not unfamiliar with such an environment. Over the years, we collect a large number of DVDs and Blu-rays. Heck, if you’re like my family, then you probably have a small collection of VHS tapes as well! My dad even has a collection of laser disc movies. Then DVDs came around and he needed to re-buy his collection. Next came Blu-rays and once again, my dad was buying the same movies, but now in high definition. Today, we are on the verge of yet another change with 4K ultra high definition (uHD). While all of the old movies probably won’t be re-released in uHD since the source material doesn’t support it, the entire process of re-buying favorites and finding a place to store your collection becomes tiring. I was told a story of a DVD collector who has his entire collection alphabetized across two rooms, each shelf jam packed with movies. When asked what he does when he buys a new DVD for the collection, he said it becomes an all-day affair of pushing his entire collection one down – and that’s just for ONE DVD; most people buy multiple DVDs each month! This constraint on physical space and the need to have the collection easily searchable are real problems for people. Enter streaming services such as Netflix, Hulu, and Amazon for movies; Spotify and Rdio for music; and even Steam and the Gaikai-powered PlayStation 4 for video games. Streaming is the future. It makes a lot of sense, particularly for entertainment such as TV shows, movies, music, and games, with a number of benefits and a couple of short term dangers; however, streaming today makes less sense for software such as Office 365 or Adobe Creative Cloud because of the cost (both real and opportunity).

I’ll be the first one to admit that I never cared for streaming services for a long time. I mean, why should I pay for something I don’t own? I want to be able to watch or play it whenever I want. However, recently, I’ve been thinking about the advantages of not owning anything.

The benefits of streaming for entertainment are huge, so it’s no wonder that these services have flourished over the years with 36 million Netflix subscribers and “access model” services (Pandora, Spotify, Rdio, etc.) for music becoming the fastest growing segment of the music business. It’s no wonder that other players are trying to enter this market with Google recently releasing its All Access music streaming service. After all, from a business perspective, a subscription service is a continuous stream (get it?) of revenue for the company.

While there are many benefits behind streaming entertainment, there are a few dangers to beware of in the short run:

Sure, there are a few pitfalls to using these streaming services for entertainment. Not having a physical product is hardly a problem for most people, I imagine. Is anyone really planning to bequeath their DVD collection to their grandchildren? As the world goes digital, the collectibility of many of these items have all but disappeared. Comic books, for example, used to be known as a collector’s item. People flocked to the comic book store to buy first issues of a new series, hoping it would be worth more than what they paid a couple of decades later, much like the first comic Spider-Man appeared in. However, today, comics have gone digital and are often reprinted, which reduces the resale price.

For entertainment, my advice is simple: Buy the stuff you REALLY like and complement it with streaming services. I always buy the stuff I really like, whether it’s games, comics, movies, TV shows, or music. Owning a favorite movie or TV show I know I’ll watch multiple times also comes with all of the bonus material for me to watch. Everything else? Why spend money on something you’ll only watch once or read once or play once? Better to spend that money on a service that let’s you watch lots of things, read lots of things, and play lots of things.

While this works well for entertainment, streaming and the cloud operate completely differently for software.

Software Subscriptions Not for Everyone

While a subscription makes a lot of sense for entertainment because it provides consumers with tons of content at an affordable price, software subscriptions such as the recent Adobe Creative Cloud (Adobe CC) or Microsoft Office 365 do not warrant their price for the average consumer.

Pricing and Services: Adobe’s cloud subscription service is priced at a rate of $50 per month. The subscription provides customers with access to Adobe’s entire portfolio of software including Photoshop, Illustrator, InDesign, Dreamweaver, Muse, and more; constantly updated versions of the software – no more need to buy a new version to get new features; and cloud storage to access projects from anywhere with an Internet connection. Adobe isn’t the only software maker to go this route of a software subscription – Microsoft recently made a similar move with its Office 365 subscription, which is $100 per year for up to five computers, and provides access to its entire Office suite.

Great for businesses and professionals: There are some who believe the cost of Adobe CC is justified. For professionals and businesses who use these programs to generate revenue, then the subscription makes sense. The subscription model provides them with the latest software with all of the newest features and security, bugs, and any other problem is all sorted out by the software provider. This gives software providers with more control of their software, effectively eliminating piracy, and customers of the software some peace of mind in terms of security, compatibility issues, and updates. However, not everyone uses software to make money. Many, like myself, use Photoshop casually and cannot justify spending $50 on it every month; especially when there are months when I don’t use the program at all. I can almost say the same about Microsoft’s Office suite since Google Docs often provides me with all of the features I need although Office 365 has one of the cleanest interfaces I have seen and the built-in Skydrive integration is handy. Office is priced more competitively, particularly for families, which may explain why it is the “best selling” edition of Office yet and has over a million subscribers.

Dangers: If software subscriptions are great for businesses and professionals, then there is one big danger: a service outage. Hopefully the software offered as a streamed service is backed by a reputable company that can minimize down time because not having access to your bread and butter will quickly strangle any business. These same service companies can also be the victim of hackers or other internet attacks that may lead to slow downs of service or, heaven forbid, compromised information. In addition, sometimes updates are not completely vetted before being rolled out to users and since these subscription services all run the latest version of the software, any bugs in the code are also present. In the past, software companies could perform maintenance in the middle of the night to minimize interruptions of service, but we live in a global economy where there is never a good time to completely shut down a service. These are all very real dangers of software as a service and we can only hope that companies do everything in their power to minimize these dangers. As consumers, we have to be aware of these pitfalls and plan contingencies such as alternative free-to-use programs that can keep your business afloat in the interim. Unfortunately, offline software is becoming less and less of a choice these days.

The Future of Software Subscriptions: There are obvious benefits to having a software subscription service that utilizes the cloud to stream software to any device in the world. For customers, it provides them with the latest software features, security and bug fixes, access anywhere with an internet connection, and scalability for businesses. For companies, it gives them a consistent stream of revenue, reduces the cost of distribution, reduces or eliminates piracy, allows easier customer segmentation, and a peak into user behavior, which is important data. Companies may be struggling with pricing models today, Adobe’s being on the high end and Microsoft’s being reasonable, but this is simply a growing pain. Dr. Shivendu, who has been looking at digital pricing models, has said that companies are slowly trying to figure out what is the best price to charge and for how much content. All of this will be worked out in the long run although I fear many companies will not want to charge less for something many people are already willing to pay more for. 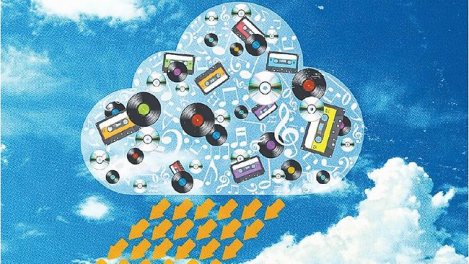 Streaming is the future for both entertainment and software. There are quite a number of benefits to streaming entertainment for everyone, ranging from huge libraries of content to the legality of the service, with some dangers such as being disconnected from the internet. However, for the most part, these benefits far outweigh the short term pitfalls of using a streaming service, which explains why these entertainment streaming services have taken off in the last couple of years. For software, on the other hand, companies are still trying to figure out the best way to get their software to customers with the best price. Professionals can probably afford to pay the the price for these cloud based programs, but for the average person, the subscription is a bit too pricey. It’s a time of transition for cloud software, but I have no doubt that software is slowly migrating to the cloud to be streamed anywhere with an internet connection – even Google is betting on this with its cloud-operated Chrome OS. Streaming is the future, are you and your business ready for it?

What are your thoughts about streaming services? What services do you use? What do you hope for in the future with these services? Chime in with me on Google+ here!