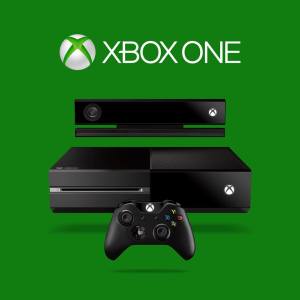 After getting reamed for 24 hour internet checks and strict controls on used game content with criticism on late night Jimmy Fallon and a landslide failure to beat Sony’s PlayStation 4 by 18-1 on an Amazon poll that was forced to close early, Microsoft has decided to do a complete turnaround on its Digital Rights Management (DRM) policies for its next console, the Xbox One. Consumer voices were heard and it was pretty much unanimously for physical discs to be relevant. However, with this switch, Microsoft is doing away with some of its more revolutionary features such as sharing games with up to nine other “family” members and having your entire gaming library available to you anywhere you go. These features are definitely welcome additions in an increasingly digital environment, but for some reason Microsoft believes it’s either disc-based games or a completely digital future full of anti-consumer policies such as constant internet connections that effectively renders your console useless without it. Why does it have to be one or the other? Why can’t there be a middle ground? Why not give players the option to utilize these features?

“We believe a lot in this digital future. We believe it builds an amazing experience—the ability to have a broader sharing platform and my content coming with me, [but] what we heard is people still wanted more choice… they wanted the familiarity of the physical disc.”  -Marc Whitten, v.p. of Xbox Live

Microsoft strongly believes in a digital future and most of us can see this digital future coming on the horizon, but our complaints weren’t aimed at these conveniences that put our gaming library in the cloud to be played wherever we choose to game – our complaints were aimed at how rigid Microsoft’s new policies were. For one, why have constant authentication for games? Instead, Microsoft should have simply allowed people to have the option to regularly sync games to Xbox Live. Let people who do not want automatic syncing have the option to not do it and don’t render a $500 console into a paperweight as punishment for those who choose to live in a physical media world. If a player really wants to have a certain game to be accessed anywhere, they should be allowed to choose which games they want synced and they, of course, have to manually sync it. This would still make use of registration codes to identify discs. So let’s run through a scenario of how people will attempt to abuse such a system. First of all, in order to sync the game to be played anywhere, you’d have to be connected online to send the registration code and effectively “download” a digital copy. Let’s say at this point, I choose to sell the game to GameStop. GameStop then sells it to another gamer who also wants to play the game anywhere, so they sync the same registration code to the servers to get a digital copy. If the first person ever re-syncs their library, Microsoft would know the game was sold and automatically remove said game from their library. The original player could choose to never go online to re-sync, but then they lose access to putting new games into their Xbox Live library. How about the other way around? What if the second person never syncs and simply uses the disc. Well, at worst, there is one “free” copy of the game wandering out there, which requires constant coordination and is probably no worse than Microsoft’s other proposed feature: sharing the same games with 9 other people. However, what this method does provide is CHOICE. People who want to take advantage of a digital environment can and people who do not can still enjoy their games on a physical disc.

Personally, this is a major oversight by Microsoft who thinks the digital future is either black or white – DRM or physical. However, much like many things in life, the course is not simply black or white, but rather more gray. There can be a middle ground and Microsoft, for all its resources and talent, should be able to execute something that has the right balance between physical and digital because not everyone is ready to live in a completely digital world and, not only that, no one wants to be punished when that digital world crashes like we all know will happen at some point – whether it’s due to natural disaster, a DDOS attack, a hacking, or simply not being able to afford the internet bill for a couple of days. Much like before where Microsoft was forcing consumers to have 24-hour check-ins, Microsoft is once again denying consumers the freedom to make their own decisions about how to use their own console by forcing players to live in a physical disc world. This move by Microsoft hinders the digital movement instead of slowly introducing it to the public. It’s a shame that Microsoft ended up going down this route instead of simply modifying their digital strategy to work in a world where both physical and digital needs are still present. Microsoft took the easy route and chose to bend to consumer pressure instead of finding a creative solution that provides consumers with the best of both worlds.

What do you guys think? Did Microsoft redeem itself against Sony with this move or is this just damage control? Can digital and physical co-exist? Chime in in the comments below or on Google+ here.